The Fred Page Cup kicks off Wednesday in Woodstock, New Brunswick. The tournament pits some of the most talented teams and players from the Eastern Canada Jr. A ranks as the play-off champions from the CCHL (Carleton Place Canadians), QJHL (Longueuil College Francais) and MHL (Pictou County Weeks Crushers) along with the host team, the Woodstock Slammers, will be vying for the title and the right to advance to the RBC Cup National Jr. A Championship.

The first day of tournament play sees the Longueuil College Francais take on the Pictou County Weeks Crushers at 4 PM and the Carleton Place Canadians battle the Woodstock Slammers at 7:30 PM. The 2016 Fred Page Cup Final will be played on Sunday, May 8th.

The Eastern Canadian Jr. A Championships return to the Maritimes for the first time since 2013, when Truro, Nova Scotia played host to the event. That year featured an all-MHL Fred Page Cup Final, with the host Bearcats defeating the MHL Champion Summerside Western Capitals in a double-overtime thriller.

This year’s edition of the event features several familiar teams. All four clubs are previous participants in the tournament and three are former champions. 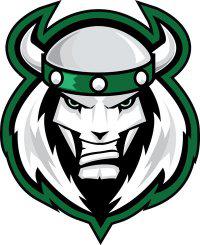 The Slammers are making their fourth appearance at the Fred Page Cup. Their three previous appearances came in 2006 (Pembroke, Ontario), 2010 (Brockville, Ontario) and 2012 (Kanata, Ontario). On all three previous occasions, the club represented the MHL as league playoff champions. The Slammers’ most successful showing at the tournament was in 2012. Following a tremendous MHL regular season and playoff performance, Woodstock went on to defeat the Nepean Raiders to claim the Fred Page Cup and move on to the 2012 RBC Cup in Humboldt, Saskatchewan. At the RBC, the Slammers claimed the silver medal after battling the Penticton Vees in the National Championship Final. 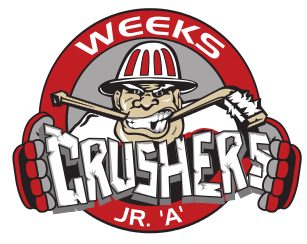 The Pictou County Weeks Crushers come into the tournament after posting modest regular season numbers. However, that belies the outstanding playoff run the club experienced in 2016. One of only two MHL clubs to not play a game seven during the playoffs, the Crushers battled through the defending league champion Commandos to claim their first ever MHL playoff title. This will be Pictou County’s second appearance for the club in the Fred Page Cup. They hosted the tournament in 2008, defeating the Pembroke Lumber Kings in that year’s tournament final to reach the RBC Cup. This is also the second consecutive appearance at the Fred Page for Crushers head coach Doug Doull. He was behind the bench of the Dieppe Commandos as an assistant coach last year when they reached the tournament final in Cornwall, Ontario. 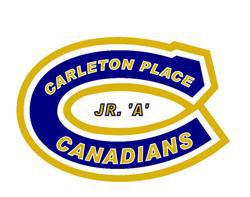 The Carleton Place Canadians are getting set to play in their third consecutive Fred Page Cup. After defeating Dieppe in last year’s tournament final, they became the first ever back to back champion at the event. It’s been a memorable run for Carleton Place. This season marked their fifth consecutive regular season with 40 or more wins. Their aggregate regular season record in the CCHL over their three championship seasons has been an impressive 146-32-2-6. Their seven game Bogart Cup win over the Ottawa Jr. Senators was their ninth consecutive CCHL playoff series victory. The Canadians are also back to back RBC Cup Silver Medalists, reaching the National Final against the Yorkton Terriers in Vernon, BC in 2014 and the Portage Terriers in 2015 in Portage la Prairie, Manitoba. 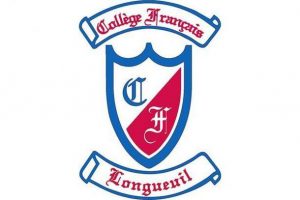 Longueuil is another back to back participant in this year’s Fred Page Cup. They’ll be looking for redemption after falling to the Dieppe Commandos in double-overtime during last year’s tournament Semi-Final. With just 13 games played during the LHJQ playoffs, Longueuil had the quickest playoff and longest layoff (17 days) of any of the three league champions in the tournament. It was a memorable regular season for the back-to-back Napa Cup Champions. They set a new franchise record for wins in a season (44) and their goals against in a high scoring LHJQ was an incredible 150, 42 fewer than their nearest competitor in that category. This is Longueuil’s fifth appearance at the Fred Page Cup, all of which have come as league playoff champions. The club reached the tournament previously in 1997, 2011, 2013 and 2015.

For more details on the 2016 Fred Page Cup including tournament schedule, visit the tournament’s official website at www.fredpagecup2016.com.

All games of the 2016 Fred Page Cup are available for viewing live and online via www.fasthockey.com.