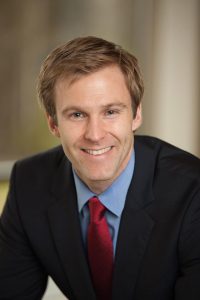 Premier Brian Gallant recognized the contribution McCain Foods continues to make to the provincial economy as the company announced a $65 million dollar expansion yesterday at its Florenceville-Bristol french fry plant and the creation of 40 to 50 new jobs.

“The McCain family is a New Brunswick story,” said Gallant. “Their business is a reminder of the entrepreneurial spirit in our province. McCain’s continued success is an example of how the New Brunswick workforce can compete globally.”

This is the largest investment the company has made in any Canadian facility since 2008. The 2880 square metre (32,000 square foot) expansion will house a new production line to meet increased global demand for the fastest growing segment of the potato market, hash brown patties.

“McCain is recognized worldwide as a New Brunswick success story,” said Economic Development Minister Francine Landry, who is also minister responsible for Opportunities NB. “With today’s announcement, we have another reason to be proud of McCain Foods.”

An additional 1,600 hectares (4,000 acres) of potatoes will be required for the new production line, which will create spinoff in River Valley’s agricultural economy.

“We are seeing strong growth in the agricultural sector across the province,” said Agriculture, Aquaculture and Fisheries Minister Rick Doucet. “The dedication of local farmers has helped build the company. McCain Foods has been buying locally for 60 years and is a tremendous example to other New Brunswick food processors.”

The company will install state-of-the-art manufacturing equipment and technology for the new line, which will better meet the demand of its retail and foodservice customers in Canada and the United States.

Construction will begin immediately with production scheduled to start in late 2017 or early 2018.