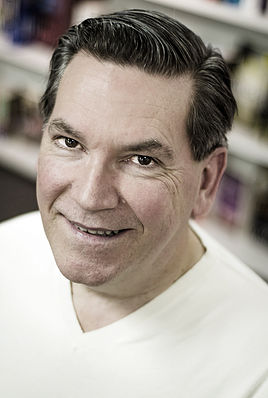 Chuck Bowie is the New Brunswick author of three novels, all in the “Sean Donovan: Thief for Hire” series. He recently released Book Three: “Steal it All“. Chuck took a few moments to answer my questions about his influences, where and when his Sean Donovan character was born, and how Book Four is coming along.

Miramichi Reader: Tell us about your background, education, employment, etc.

My name is Chuck Bowie. I was born in what used to be Chatham, NB, and as an “air force brat”, I’d moved 19 times by the time I was 21. I left home at age 16 and went to UNB at age 18. These unusual circumstances helped form and inform me. I have a Science degree—Biology—and did a bit of research as a technician before going into banking. After five years of moving around as a banker, I joined the Public Service and stuck at it for 30 years.

Over the years, I coached sports, taught music and raised a family, all the while learning things and people-watching. In the past 15 years, I’ve improved as a cook, and learned the difference between plonk and wine (although I still drink a bit of both, truth be known!) I’ve written since I was 14.

MR: Tell us about your Sean Donovan character. Is he a composite of people you have known, or is he entirely fictitious? Where did you get the idea for “Thief for Hire”?

I will be careful here, in explaining Donovan. I wrote the character several years before I saw an image of Allan Hawco, from The Republic of Doyle. At that point, I was shocked to find that, to me, Donovan looks like Mr. Hawco. And when I was learning how to write more professionally, Donovan had some of my character traits and spoke a bit like me. He does NOT resemble me in any way, now, although I have shared several of my experiences with him. My editors saw to that! Finally, Donovan isn’t a composite of anyone I have ever met.

The idea of T4H came to me when I was working in Romania. I had received an assignment to work in Bucharest for just over a month. Very early on in that month, I awoke in a luxury hotel to the sound of dogs and orphans playing in the early morning light. I asked myself, “What if I found myself in a strange country, with no conscience and the desire to make money? What might that be like?” I began writing Book One immediately.

Trailer for Book One, Three Wrongs:

MR: Tell us about some of the books or authors or other people (such as teachers) that influenced you to become a writer.

When I was in Grade nine, my English Arts teacher gave me a grade of B for an essay I thought was well beyond anything I’d ever written to that point. I’ve tried since then to earn an “A” on everything I write. When I was in Grade 10, my English Arts teacher, Doug Underhill became my inspiration. He was witty, well-spoken, well-read, and he challenged me to write, regardless of my ill-conceived notion that small-town kids couldn’t grow up to be writers. This inspiration, of course, was reinforced by the fact that I grew up in the same town as David Adams Richards, perhaps the greatest writer New Brunswick has produced.

Nowadays, I receive tiny gifts of inspiration from the writers around me. Miramichi’s Valerie Sherrard is an amazing, successful, local author who’s carved out an award-winning career without leaving the Miramichi. That’s pretty cool.

MR: Do you have a favourite book, one that you like to revisit from time to time?

I have three favourite books I revisit, actually, and for different reasons. The first is The Old Man And The Sea, which is barely a hundred pages long. I read it for the spare, wondrous words he used to convey universal truths about life, suffering, perseverance and courage. Another favourite book is by the travel literature writer, Bill Bryson. His book, A Brief History of Nearly Everything is a brilliant recounting of our understanding of, well, everything. He explains The Big Bang Theory in a page and a half. He waltzes through evolution, cellular biology, genetics, stars … everything, explaining them succinctly, beautifully and with great humour. I swear, I literally felt smarter upon reading it the first time. And for the pure fun of reading a well-written mystery, I’ll grab a Nero Wolfe detective novel. Rex Stout was wonderful.

MR: You have released Book #3: Steal It All, in the Thief for Hire series. Are there more to come, or are looking in other directions for your next release?

I should be coy, in responding to this question. I’m two-thirds of the way through Book Four: The Body On The Underwater Road. This is the first novel with any scenes set in New Brunswick, and I cannot wait to finish it, to see how it ends! After this one, I’m going to write a fifth novel in the series, for sure, but after that, I don’t know. My publisher is encouraging me to write a dozen more Donovan tales! We’ll see.

In the meantime, though, a new series has popped into my head. It’s another thriller series, this time with a female protagonist. I’m trying to hold off on it, since I haven’t finished with Donovan, but it’s challenging, writing one series while dreaming of another. Honestly, I don’t know how folks can date more than one person at a time! But I digress.

As far as another direction, I do have a work of speculative fiction on the back burner. I know what I want to do with it, but can’t find the time. As Honoré de Balzac said, to his buddies in the tavern two hundred years ago: “Guys, I just finished a really good novel. It’s got all sorts of redeeming features to it, the characters are great and the story pulls you along. Now, all I have to do is write it.”

I feel that way, ha!

Chuck Bowie writes out of Fredericton, except when he travels or hangs out at his camp in Oak Point on Miramichi Bay. You can learn more about him from his website chuckbowie.ca or by following him on Twitter @BowieChuck

His novels can be found on Amazon, at Chapters or directly from his publisher, Muse It Up Publications.

← UNB ranked among top universities in the world
Miramichi Fishing Report for Week of July 28, 2016 →