Welcome to another year of Doug’s Fishing Report.  A new angling season is upon us Saturday, and it looks like we might be able to head out, at least in some sections of the Miramichi system.  With it being the Easter weekend, there could be a few Bunny “Sightings”.  Maybe a streamer with “Rabbit Hair” might be in order.

The Southwest Miramichi is pretty well open from Boiestown through Doaktown, Blackville, the Rapids and below the Quarryville Bridge.  The Renous has also run.

The Northwest Miramichi had open stretches and some jams.  The ice was backed up at Wayerton Bridge and jammed at Trout Brook.  From there to Big Hole it was open, and piling up in the lower sections such as at Fourman Lodge.

Syd Matchett said the ice between Miners; Bridge and Wayerton was just sitting, but the water was very high for the time of year.  So, perhaps a phone call or e-mail to someone close to the action might be in order before heading out.

FLIES of Choice:  For spring salmon the usual traditional patterns are hard to beat.  These include the Renous Special, Smelt, Mickey Finn, Christmas Tree, Golden Eagle and Black Ghost on 2.0 hooks.

OF INTEREST:  Striped Bass season also opens on April 15 with retention of ONE and possession limit of ONE (although cold water temperatures may not be conducive to catching.)  Retention size is between 50-65 centimeters.  For all the hoopla regarding changes to the striped bass season, very little has changed for Miramichiers.  There was no increase in daily retention numbers (except when the bass leave the Miramichi system for Chaleur, Gaspe and other parts of the Gulf)  There will also be a three-week closure during the spawning period in the spawning area where no angling of any sort will be allowed.  The number of days was extended, but chances are that the water temperatures will be too cold to make any difference.  With an estimated number of spawners  at 318,000, not counting the large numbers of non-spawners, one wonders about smolt survival.

NO formal announcement has yet been made regarding the salmon season.  Some who have already bought licences were excited to receive four tags, BUT they are for LAND-LOCKED SALMON ONLY.

SAFETY:
With the excitement of getting back onto the river, we might tend to be over anxious, forgetting the common sense needed for safe angling.  One mistake can be too many given conditions and temperatures this time of year.  Currents are extremely strong as rivers are flooded with spring run-off and ice, and the water is COLD.  A dip means hypothermia in literally minutes.  It may be too late for a second chance.

First, I’ll address “shore angling.”  Although a lot of shore ice has gone, there is still some around.  Many times spring ice will completely cover the shore after the river opens making it necessary to crawl over it.  This can produce nasty falls.  The ice can also be soft and give way causing twisted knees.

If one slips, he may end up in fast current and be gone, especially with heavy clothes on.  Most shore anglers never think to wear a life jacket.  Even if he manages to grab on to something, equipment may be lost as well.

Even if one does successfully navigate over bank ice, he has to still keep an eye on it.  Melting may collapse the ice sending it sliding into the river behind you.  If you aren’t careful it can trap you knocking you into the water.

Wading this time of year is very dangerous.  Even what was familiar ground becomes strange in spring high current.  One step too many can throw an angler off balance in heavy current, and getting over ice usually means there are no bushes handy enough to grab.

Even if the shore is clear and one knows the ground to be level, he still has to be checking up river for ice which may have slipped into the water.

Of course, one should never venture forth alone.  If anything happens, you are on your own.

Now for boats.  Common sense should prevail.  A stupid move could be deadly in spring water.  Check to see that the drain plug is IN.

The anchor should always be heavy enough to hold in strong current.  A heavy chain link is recommended but attach it by a rope.  Most do this, but some may try a cable or chain.  If the boat is anchored and up-river ice suddenly comes down, there may be no time to pull anchor.

If ice hits the anchor rope, it will sink the boat and anglers will likely be caught under a floating raft of ice.  Using a rope enables one to cut it in an emergency.  Therefore, have a sharp knife HANDY.

Some boats use two anchors which most consider dangerous.  Make sure the bow is pointing into the current when the anchor(s) is dropped.  A side-ways boat is a sure invitation to flip.

Always follow the recommended number for the boat.  Don’t cram five into a boat built for three. Be careful of having too much weight at the front of the boat when the anchor is dropped.  When it grabs, the front will naturally take a dip.  Too much weight in front may mean anglers taking a dip.

A bailing can on board is a smart idea, not only for when a leak occurs, but when heading up river at a pretty good clip, there’s often a lot of spray that accumulates in the boat.  This will be enough to wet lunches, ruin cameras or other materials placed on the floor.

Every boat must also have at least an oar or paddle in case the motor quits.  A pair of either is even better as one person trying to guide a boat in fast water may lead you in circles.  A set pole to push off shore is also a good idea.

When starting the engine, make sure everyone is ready and seated.  A sudden start can knock a person off balance.  When moving around in the boat, be careful making certain not everyone moves in one direction at the same time. Have life jackets for each person and WEAR THEM.

Even a spare fuel can is not a bad idea.  Sometimes travelling up and down the river you may hit heavier water than expected and use more fuel than anticipated.  Always check and fill the tank before leaving.  It is also wise to have an extra plug and plug wrench along with a few basic tools.

Should the motor fail, a tow rope makes life a lot easier should another angler offer help and to throw to someone overboard.  A whistle and water-proof flash light are required items.

When approaching another boat, take a wide berth and slow down so as not to cause a wake which could rock another boat.  If someone is anchored, don’t stop too close.  When angling for spring salmon, many fishermen let out tremendous amounts of line and then reel in.  You don’t want your line in someone else’s territory.

A neat idea for measuring the length of fish is to have a scale marked along the top sides of the boat.  This way length can be taken quickly and the fish released, or better still the angler can gauge the length with a quick look with the fish still in the water.  Some have a scale marked on the middle seat of the boat where the fish can be laid quickly and released.  This saves time and fumbling for a measuring tape and often prevents a good tape from getting wet or bent.

A pocket journal is a good way to record a day’s fishing.  It’s always nice to look back and know exactly who caught what.  This can settle friendly arguments, should anyone’s imagination go adrift.

Dress warmly in layers and have a rain coat.  You can always take it off, but without enough clothes, it can be a miserable day should a cool wind come up.  A thermos of coffee or tea can be a welcome treat.

So as the weekend approaches, predictions are for good angling.  Common sense and a few preparations can make for an enjoyable day “on the water.”

REMINDERS:
Anglers must use single barbless hooks or ones with the barb pinched back.  So check your fly box to make sure all hooks are prepared before you hit the water.  Putting on a barbed hook by mistake could be very costly in terms of fines, loss of equipment and angling privileges.

Get your licence.  (Remember it is Easter weekend, so many places will be closed.)

There area lot of deer around the rods this time of year, so take a bit more time and drive a bit slower to make sure you arrive and depart for home safely.

So be careful as you get out and “on the water”. 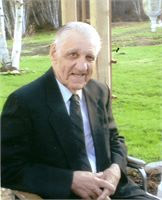 CONDOLENCES: Thoughts and prayers go out to the family and friends of Emerson Underhill who passed on within the last two weeks.  Emerson was a well known fly-tyer and was credited with inventing the deer hair version of The Shady Lady and The Green Machine.  He was also inducted into the Atlantic Salmon Hall of Fame.

“Emerson, proudly take your place at the great fly-tying bench in the shy where you will be tying Green Machines and Shady Ladies with The Fisher of Men.  We will miss you, and remember you each time we tie on a Shady Lady or Green Machine and cast it into a pool.”

Thought for the Week: “FISH: an animal that grows the fastest between the time it’s caught and the time the fisherman describes it to his friends.” Anonymous

Next week: Information on the Coalition for Better Salmon Management / and look for Doug Underhill’s new book, “Bryant Freeman: All Things Fishing”.

The post Miramichi Fishing Report for Thursday, April 13, 2017 appeared first on Giver on the River.