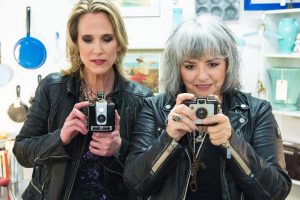 The LYNNeS (Ottawa’s Lynne Hanson & Lynn Miles) will be touring the East coast from May 10 – 19 to celebrate the release of their brilliant debut release Heartbreak Song For The Radio. DJ’s and reviewers across Canada and beyond have been raving about this collaboration, exquisite songwriting, and masterful delivery.

The LYNNeS are Canadian heartbreak poets Lynn Miles and Lynne Hanson. The two songwriters are not new to working together, having toured and written songs off and on over the past 10 years, and with Miles having produced two of Hanson’s albums (River of Sand, 2014 and 7 Deadly Spins, 2015). For The LYNNeS, songs are what matter the most, and their debut album Heartbreak Song For The Radio pairs hauntingly gritty lyrics with tight vocal harmonies.

Lynn Miles is one of Canada’s most accomplished singer/songwriters, with fourteen albums to her credit, the winner of four Canadian Folk Music awards (including 2011 English Songwriter of the Year), and a 2003 Juno award for Roots and Traditional Solo Album of the Year. Her song “Black Flowers” appeared on Claire Lynch’s Grammy-nominated album “North By South.” “Lynn Miles makes being forlorn feel like a state of grace” – John Pareles, NY Times

Lynne Hanson has been playing her brand of “porch music with a little red dirt” for the past 10 years, has released 6 albums, won the Colleen Peterson Award for songwriting, and been nominated for a Canadian Folk Music Award. “Lynne seems headed for that record territory inhabited by seasoned songwriters such as Nanci Griffith, Mary Chapin Carpenter, Mary Gauthier and Lucinda Williams” – Barry Hammond, Penguin Eggs

“Their first album together is breathtaking, mood-altering evidence to their marvellous combined talents … the album has the kind of spacious, rolling thunder restlessness Bob Dylan attained with Daniel Lanois all those years ago. It’s that good.” – Winnipeg Free Press (5 stars)

“With tight, two-part vocals that at times cast them as female Everlys, this pair of Ontario vets take on love’s more challenging aspects with abundant lyrical smarts to match the emotional hits they deliver… one of this young year’s earliest “Best Of” contenders.” – Roots Music Report 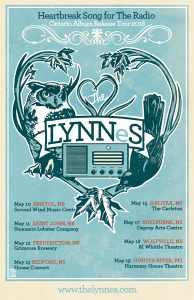