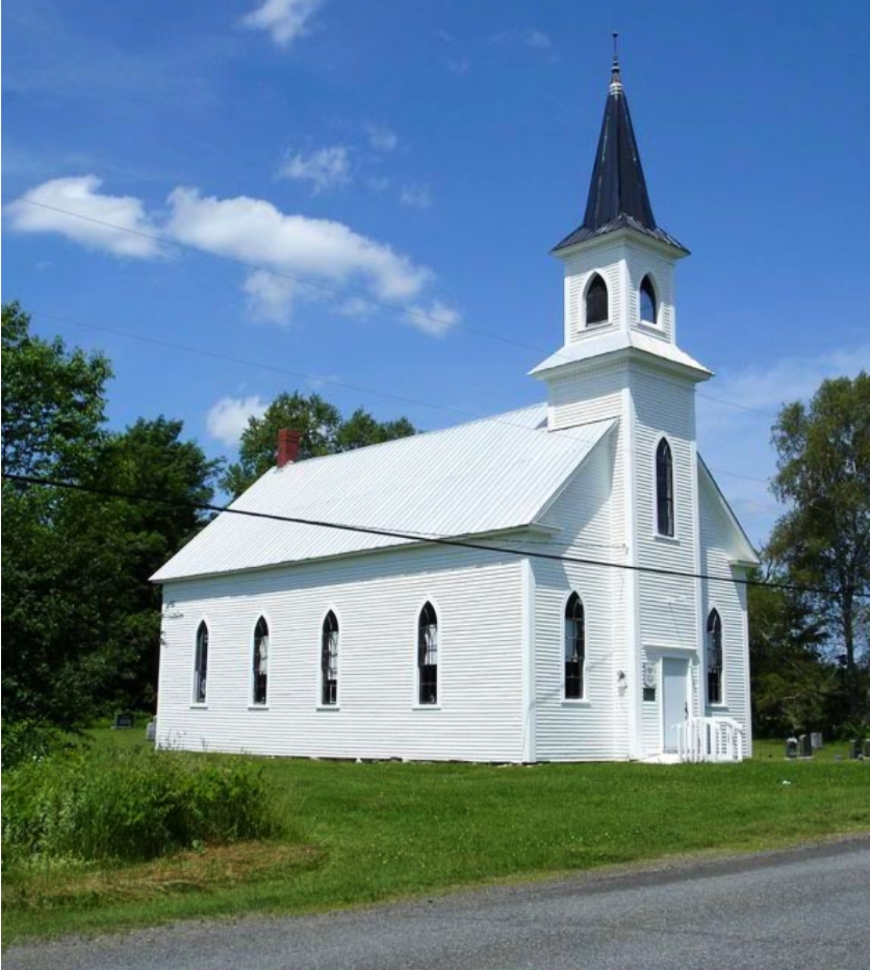 The Congregation of Saint David’s Presbyterian Church in Kirkland, Carleton County, New Brunswick, Canada will be hosting a celebration of 142 years beginning at 2:00 pm on the afternoon of Sunday, August 26th, 2018.

Hal Babcock and Friends of Fredericton will lead the gospel music portion of the service.

The program will also include a comedy skit called, “Goin’ Fishin’ on Sunday,” a theatre piece about two country bumpkins who decide to go fishing instead of going to church and wind up getting a special message from heaven.

The skit, written by local author Judy Cole, will feature local amateur actors who will add their own special touches and talents to the script.

Reverend Wendy MacWilliams of Fredericton will serve as the mistress of ceremonies.

Following the concert, at the nearby Kirkland Community Hall, there will be light refreshments and ice cream served and everyone is welcome to attend.

Saint David’s Presbyterian Church was built by the community in the late 1800s, primarily by Scottish, Irish and English settlers who came to the area as pioneers.

The community of Kirkland is named after Saint David’s which was once referred to as the Scottish Kirk.