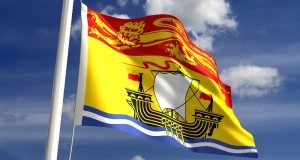 The provincial government has revised its flag guidelines to allow for the raising of various national flags, representing the diverse cultural communities of New Brunswick, at the legislative assembly.

The guidelines allow for the raising of a country’s flag on its national holiday.

“As we draw nearer to the start of Canada’s 150th birthday celebrations in 2017, your government wants to recognize the communities that make up New Brunswick’s cultural mosaic,” said Families and Children Minister Stephen Horsman. “It has been a pleasure for me to honour the nations that New Brunswickers once called home.”

Cultural organizations are invited to submit requests to raise their national flag in front of the legislature on the relevant national holiday.

The guidelines were put into place on July 1. Since then, the national holidays of the United States, France, Columbia, India, Vietnam, China, Germany, Lebanon and Romania have been recognized.

“At a time when other parts of the world are promoting fear and division, I am so proud that our government is promoting unity and diversity,” said Mike Timani, board chair of the New Brunswick Multicultural Council. “It was a true pleasure for me to attend the flag-raising for Lebanon. It is so wonderful that many other cultures will also be recognized and celebrated through this initiative.”

Cultural associations from countries not on the list may approach the protocol office at the Office of Intergovernmental Affairs for inclusion on the calendar.